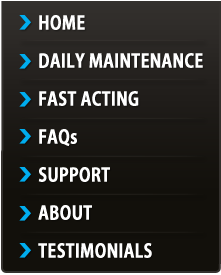 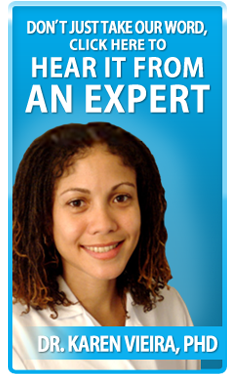 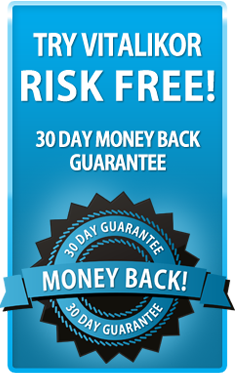 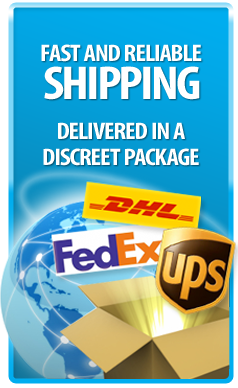 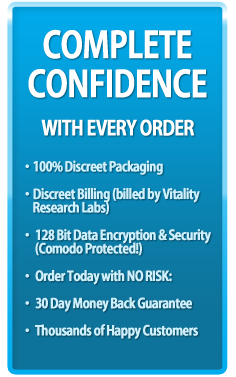 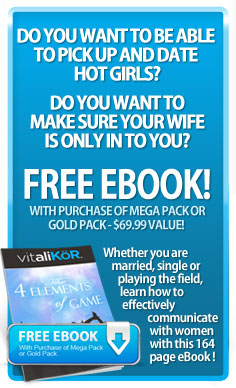 Perform on Demand – Every Time Without Fail

No Unpleasant Side Effects

Backed by Our 30 Day Money-Back Guarantee!

VitaliKor Daily Maintenance is a scientifically proven nutritional formula that works to nourish, support and optimize your entire sexual health system, making sure you can perform on demand – every time…without fail. The patented VitaliKor Daily DM formula contains a unique combination of natural herbs and nutrients specifically chosen for their ability to target the underlying biological processes that help you achieve and maintain an erection. It also contains ingredients that maximize your stamina and intensify your pleasure. Click here to order.

L-arginine is an amino acid that plays a major role in sexual function since it is used in the production of nitric oxide or NO, which is necessary for an erection. Researchers have found that nitric oxide is one of the most important chemicals for achieving and maintaining an erection due to its effects on the muscles and blood vessels in the sponge-like regions of the penis called erectile tissue [1-3].

When stimulated, there are channels in this region that relax and fill with blood, which increases the pressure and volume in the penis, leading to an erection. This process is controlled by a number of chemicals that naturally occur in the body. There are three that restrict blood flow to the penis in order to get rid of an erection or prevent an erection, while nitric oxide expands these channels to cause an erection [4-7]. Usually these factors are in balance. However, problems getting an erection develop there is not enough nitric oxide. This unbalanced system makes it so the muscle in the erectile tissue remains flaccid [4]. Therefore, the bottom line is without sufficient amounts of nitric oxide you do not get an erection [8].

Since nitric oxide is made from the amino acid L-arginine, researchers have used L-arginine supplements in the treatment of erectile dysfunction (ED) [7,9]. In one small trial of men with ED, participants were given arginine daily for two weeks [10]. At the end of the study period, 40% of the men in the treatment group reported an improvement in their erectile function compared to none in the placebo group.

In a larger, double-blind clinical trial, 50 men with confirmed ED took either L-arginine or a matching placebo [11]. After six weeks of treatment, 31% of the men taking the L-arginine supplement reported a significant improvement in their sexual function. It is interesting to note that all of the patients who reported positive results had low levels of nitric oxide before the study began and that these levels had doubled by the end of the treatment period.

Because L-arginine is a supplement that is taken regularly, it works over time to increase nitric oxide concentrations. As a result, men are able to achieve a natural, spontaneous response to a partner’s stimulation without the need to take a prescribed pill in advance of sexual activity [7].

In Asia, ginseng is one of the most commonly used herbs for the treatment of sexual dysfunction. This is because ginseng’s activity is thought to enhance physical performance, as well as sexual stamina [7].

Studies conducted with laboratory animals have shown that Asian varieties of ginseng enhance libido and sexual performance. According to researchers, there is good evidence that some of the chemical components of ginseng (known as ginsenosides) work to enhance erections by directly inducing the blood vessel widening and relaxation of the erectile tissue by enhancing the production of nitric oxide in the endothelium [12-16]. Ginsenosides also have heart protecting, immune stimulating, anti-fatigue and antioxidant properties that may also improve erectile function and have therapeutic actions in ED [13,17-20].

Clinical research has shown that ginseng supplements are a good treatment option for men with ED. In one randomized study, 90 men with ED were divided into three groups and given either Panax ginseng, placebo or trazodone (an antidepressant) [21]. The researchers reported that the men taking the ginseng supplement had a significant improvement in erectile parameters such as penile rigidity, girth, duration of erection, improved libido and patient satisfaction. Overall, the ginseng improved erectile dysfunction by 60% compared to 30% for the other two groups.

In a more recent, double-blind, placebo-controlled, crossover study, 45 men with ED were divided into two groups and received either ginseng or a placebo (starch capsule with ginseng flavor) three times a day [22]. After eight weeks, ginseng supplementation produced a significant increase in erectile function and penile tip rigidity compared to placebo. The researchers speculated that the activity of ginseng for ED may include improvements in nitric oxide levels.

Based on the available research it appears as though the therapeutic activity of ginseng is modest in comparison to the current treatment choices for ED. However, its ability to increase erectile capacity is increased exponentially if used in combination with other supplements that increase nitric oxide production [7]. These include ingredients like the L-arginine and Ginkgo biloba found in VitaliKor DM.

Ginkgo has been used for centuries to support blood circulation and mental focus, but the idea that ginkgo can be used to treat ED is fairly recent. This idea came about when male geriatric patients taking ginkgo to enhance their memories reported improved erections [23].

Several studies conducted in animals have shown that ginkgo promotes relaxation of vascular smooth muscle in a dose-dependent manner [24-26]. In humans, this has been shown to occur in the erectile tissue of the penis, [27] causing researchers to conclude that like ginseng, ginkgo stimulates the release of nitric oxide. This suggests that ginkgo may synergistically enhance the erection-promoting action of L-arginine and ginseng.

Another major factor that contributes to the development of ED is oxidative stress [28]. It has been hypothesized that highly reactive oxygen species (ROS), which are also known as free radicals, interfere with nitric oxide-mediated pathways or react with nitric oxide itself to contribute to symptoms of erectile dysfunction [29]. This may be due to a lack of antioxidants in the body.

Researchers have found that levels of glutathione (GSH) are significantly lower in men with ED than those with normal erectile function [30]. Glutathione is the most important antioxidant and is an essential factor for the reaction that converts L-arginine to nitric oxide. Researchers have speculated that either men with ED have a defect in glutathione production or, more likely, do not have a sufficient intake of antioxidants in their diet.

Minerals like selenium, zinc and magnesium are also important for optimal sexual performance. Low serum zinc levels have been associated with sexual dysfunction [37], and a combination of zinc and sodium selenate may help improve the mechanisms in the erectile tissue of the penis [38]. Magnesium, on the other hand, is important for the production of brain chemicals that regulate sex drive. Low magnesium levels have also been linked to other sexual issues like premature ejaculation; magnesium supplementation has been shown to help treat this condition [39,40].

Based on validated science, VitaliKor DM is the best nitric oxide enhancer on the market today. Plus some of the ingredients help with sex drive, stamina and pleasure. It only contains the finest, safest, natural ingredients and has been shown in studies conducted at Stanford University, New York Medical College and the University of Hawaii to promote firmer, longer lasting erections on demand; increase sexual stamina and sex drive; create more powerful, intense orgasms; and decrease recovery time. VitaliKor DM is proven to work so you never have to worry about your sexual performance again.